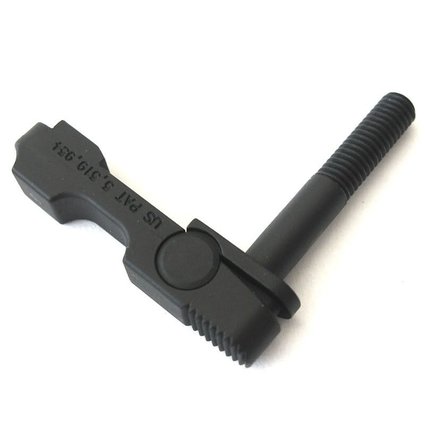 Not yet rated Add your review

The Norgon, LLC Ambi-Catch™ is a patented "drop-in" replacement of the original magazine catch for M16A2 Rifles, M4 Carbines, AR15 Rifles and other firearms that use an M16 type magazine. There improved magazine catch eliminates magazine retention problems that are caused by the "issue" magazine catch. When installed the Ambi-Catch™ also gives both right and left-handed shooters the flexibility to choose from several different magazine release methods.